Girls United For the Earth (GUFE) 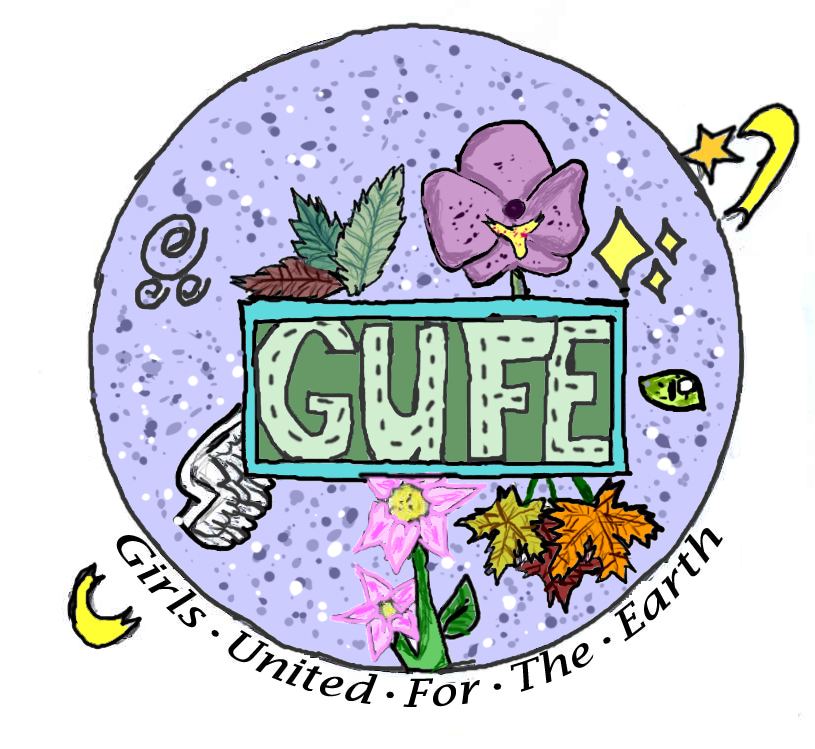 Since 2005, PEF has sponsored Girls United for the Earth (GUFE), an enrichment program for girls 13 to 18 from the Paterson Public Schools. Headed by their facilitator Sarah Sterling-Laldee, the girls explore environmental justice and science careers th 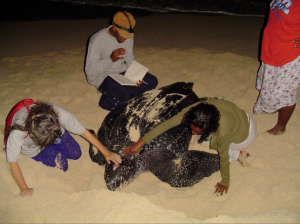 rough service learning projects. Every other year, the girls travel internationally to provide service. In 2006 and 2008, GUFE worked on leatherback sea turtle protection (with a turtle named GUFE in their honor) and replanted mangrove forests in Grenada, West Indies. In 2011 and 2013, they supported the ongoing protection of the OSA Conservation area in Costa Rica.

In the 2015-2016 school year they went back to Grenada, West Indies for their 10th Anniversary! The 6-day service-learning project provided participants with the opportunity to broaden their understanding of global warming and its effects on food production for all life on Earth. Throughout the activities, participants focused on how rising temperatures are affecting local wildlife and their habitats. Students made a connection between local issues and the larger, global context these changes indicate.

In the 2015-2016 school year GUFE is focused on the issue of equitable access to locally harvested, seasonal organic produce in urban communities. At the beginning of our program year, we found that student membe

rs of GUFE were unaware of which foods are local to the tristate area or when they were seasonally available. We also discovered that they were unaware of local sources, such as the seasonal Farmers Market in Paterson or the City Green pop-up markets. GUFE explored this issue via visits to local sustainable farming initiatives like City Green’s urban farm and Stone Barns Food and Agricultural Center. At its weekly meetings, GUFE members have been researching mass food production, how food is sustainably produced, and what foods are local to the NJ tristate area. In March, the group spent a week working on an organic farm in Grenada, West Indies as part of their biannual international service learning expedition. They also explored issues of food scarcity in a developing nation and compared those issues to our own in American inner city communities.

Girls United for the Earth is dedicated to exploring environmental issues in our community and around the world to make local and global contributions to a healthier planet.

GUFE seeks to promote local and personal pride through environmental awareness, empowerment and social action. We support the transition of young women from middle school through college (and beyond) to create global citizens who will advocate for a better planet for all people in their chosen profession.

The Paterson Education Fund (PEF) is a not-for-profit organization whose mission is to stimulate community action for change so that the Paterson Public Schools ensure that all Paterson children achieve high standards.